The organization in brief

Human Rights in Mental Health – FGIP is an international federation of not-for-profit organizations that promote humane, ethical and effective mental health care throughout the world. The organization aims to empower people and help build improved and sustainable services that are not dependent on continued external support. The defense of human rights in mental health care delivery is the cornerstone of our work. We consider it our prime obligation to speak out whenever and wherever human rights abuses in mental health practice occur, and work with local partners to amend the situation and make sure the human rights violations in question are discontinued. The basis in all our activities is partnership.

It is amazing, but today our foundation Global Initiative on Psychiatry exists 40 years. It is particularly amazing because we were originally planned to be a temporary “confederation”, a temporary link between the various national groups that were all opposing the political abuse of psychiatry in the Soviet Union. It was December 20, 1980, and we met at the Hôpital St. Anne in Paris. Our goal was to get the Soviets out of the World Psychiatric Association (WPA). Which we indeed managed to accomplish, two years later, and in 1989 we also managed to have the WPA impose conditions on their return. At the World Congress of the WPA in Athens, Dr. Pyotr Morozov read a statement on behalf of the Soviet delegation, acknowledging that indeed the USSR had systematically abused psychiatry for political purposes.

And after that we were there, from the very start, when the USSR opened up, new psychiatric associations emerged in the now former Soviet republics and people came forward who wanted to reform psychiatry in their country. 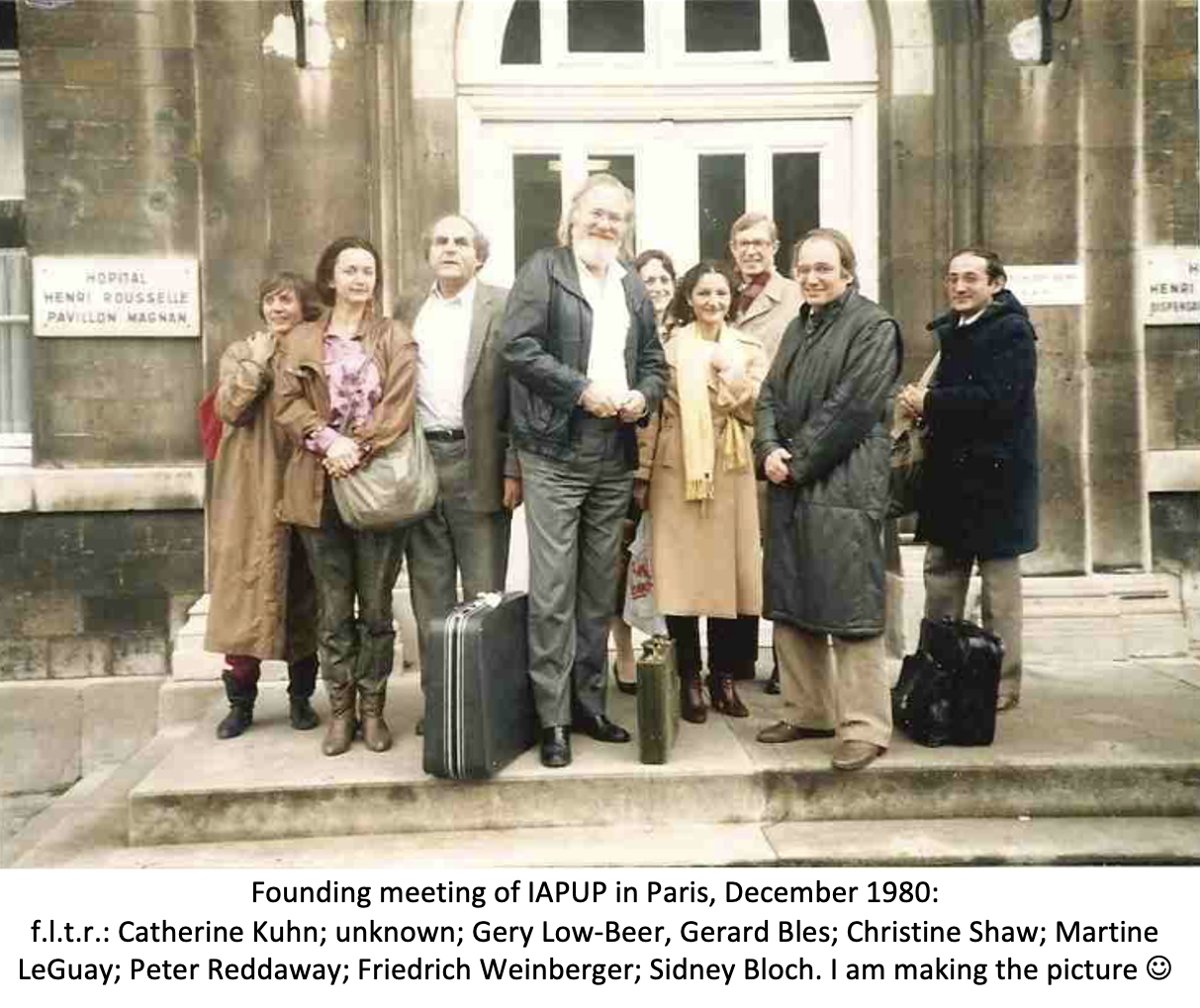 But first there was that strange meeting in Paris. Not only was the background of all the participants totally different, there were also quite a few people who knew no foreign languages and thus everything had to be translated. The French hosts consisted of a number of psychiatrists, among whom was Cyrille Koupernik, an internationally respected child and adolescent psychiatrist. Koupernik had been born in Petrograd on the night of the February Revolution of 1917, and escaped to France with his parents a few years later. He was a well-known figure in France. He was a member of the Legion d’Honneur and had played a leading role in the protest movement against the war in Vietnam. The core of the French delegation was, a group of activists led by the somewhat overly excited, and as it turned out later, Trotskyite Martine LeGuay, and the Parisian psychiatrist Gérard Bles. Gérard had a strong posture, a flamboyant man with a strong sense of humor, and the appearance of a painter in the time of the Renaissance, which in a way wasn’t so strange because one of his ancestors had apparently been a painter at the Dutch royal court of Orange. Although a very pleasant character, he spoke only three words of English and so Martine had to translate every word for Gérard in addition to having her own contribution to the conversation, which did not really help to speed things along. Also the German delegation was rather mixed. The group was more or less led by the German psychiatrist Friedrich Weinberger, a somewhat strange fellow with eyes that continuously rolled in their sockets and who took a lot of effort to look important. Later it turned out that he had been the object of a successful Stasi infiltration, and that he was the “leak”, which we found out only after the DDR disappeared. Weinberger was accompanied by the very kind and gentle psychiatrist Helmut Bieber, almost the opposite of Weinberger, and by a German journalist with the Frankfurter Allgemeine Zeitung, Claus Einar Langen, a former prisoner of the Soviets. He only knew German, and so he also contributed to the Babylonic confusion.

The Swiss delegation was more mixed and of quite a high caliber. Among the participants were well-known professors of psychiatrists like Charles Durand and Hugo Solms from Geneva, as well as the energetic Catherine Kuhn, who already since 1974 led a Swiss association against the political abuse of psychiatry and was clearly the center of the group. Languages were no problem here, and the same counted for the British delegation led by Peter Reddaway, professor of Sovietology at the London School of Economics and a key figure in the Western support to dissidents in the USSR.

The meeting lasted for two full days, continuously lengthened because of the language barriers and because of the fact that the way of holding a meeting was different from country to country. Finally, after a two-day marathon, we had a deal. A temporary union would be formed in order to coordinate the international campaigns. Following a good Swiss example it would be a confederation and after a lot of deliberation the name “International Association on the Political Use of Psychiatry” was chosen. This had taken a lot of time, because the name should sound OK in all languages used, should have an acceptable acronym (IAPUP) and on top of that the participants disagreed for a long time about the prefix “on.” “Against” sounded too negative, “for” was wrong, “to combat” too militant. Finally the British managed to convince all to accept “on,” but until our first name change in 1989 to the “Geneva Initiative on Psychiatry” the issue would repeatedly lead to new debates during board meetings. 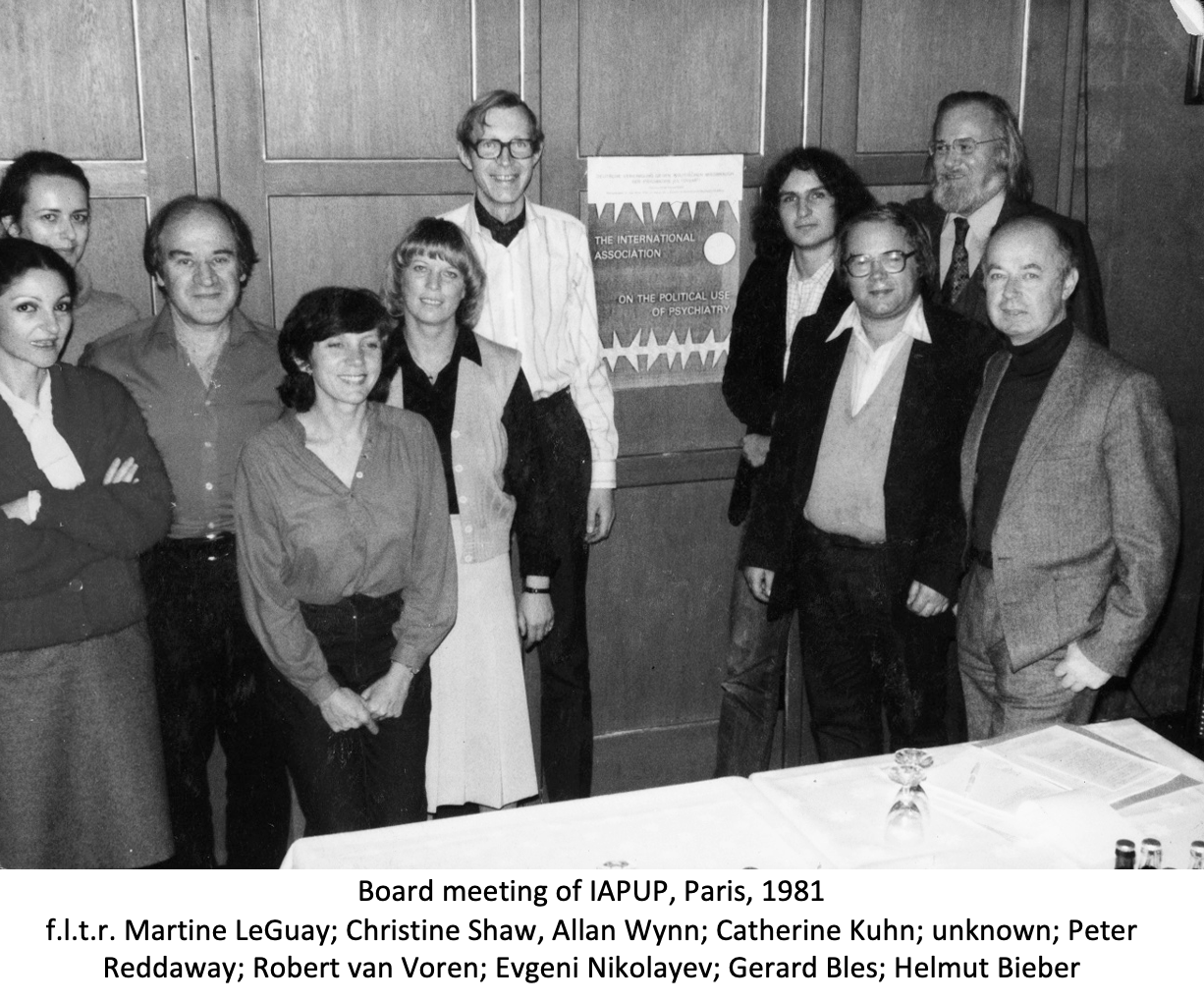 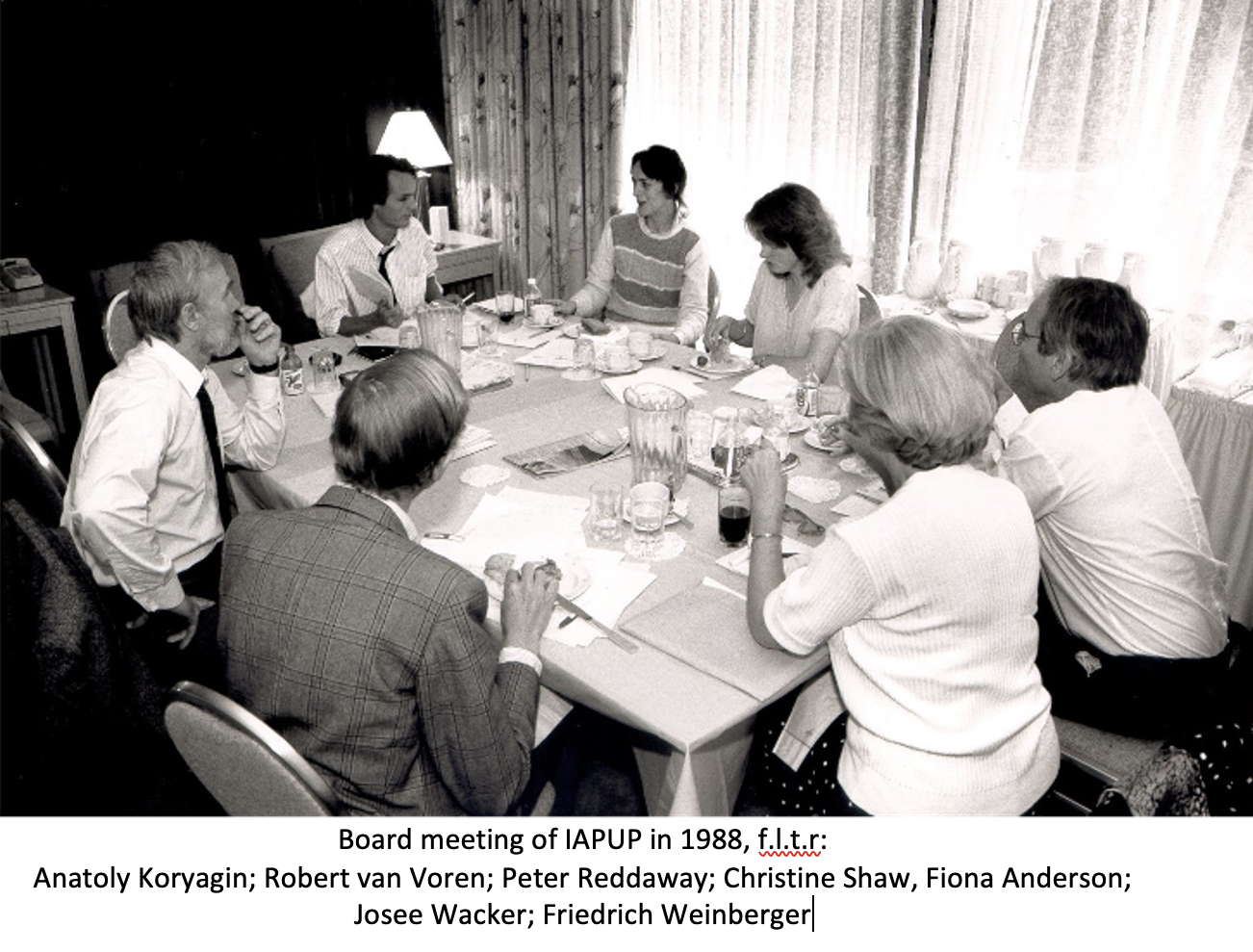 At this stage I would like to remember the very first group of reformers of Soviet psychiatry. I will never forget the meetings in the kitchen in Kyiv’s suburb of Obolon in the early 1990s, at the home of Semyon Gluzman. He was there, Gluzman himself, who served ten years of imprisonment because of his opposition to the political abuse of psychiatry. There was Yuri Nuller, a professor from St. Petersburg who survived nine years in the death camps in Kolyma because he had been arrested and accused of having been recruited as a French spy at the age of three. And there was Svetlana Polubinskaya, the lawyer working at the Institute of State and Law in Moscow who was at the cradle of most of the new mental health laws in the USSR. An amazing group, who are mostly forgotten but who one day will be honored for what they did, I am sure.

I have been with the organization from the very start, 40 years ago. Most of the founders have passed away, but their spirit is with us in every step we make and every project we start. GIP is something unusual, it connects people with similar believes, and it is an honor to be still able to serve the organization, that helps me stay young, and is for so many a “change maker” in their daily lives. 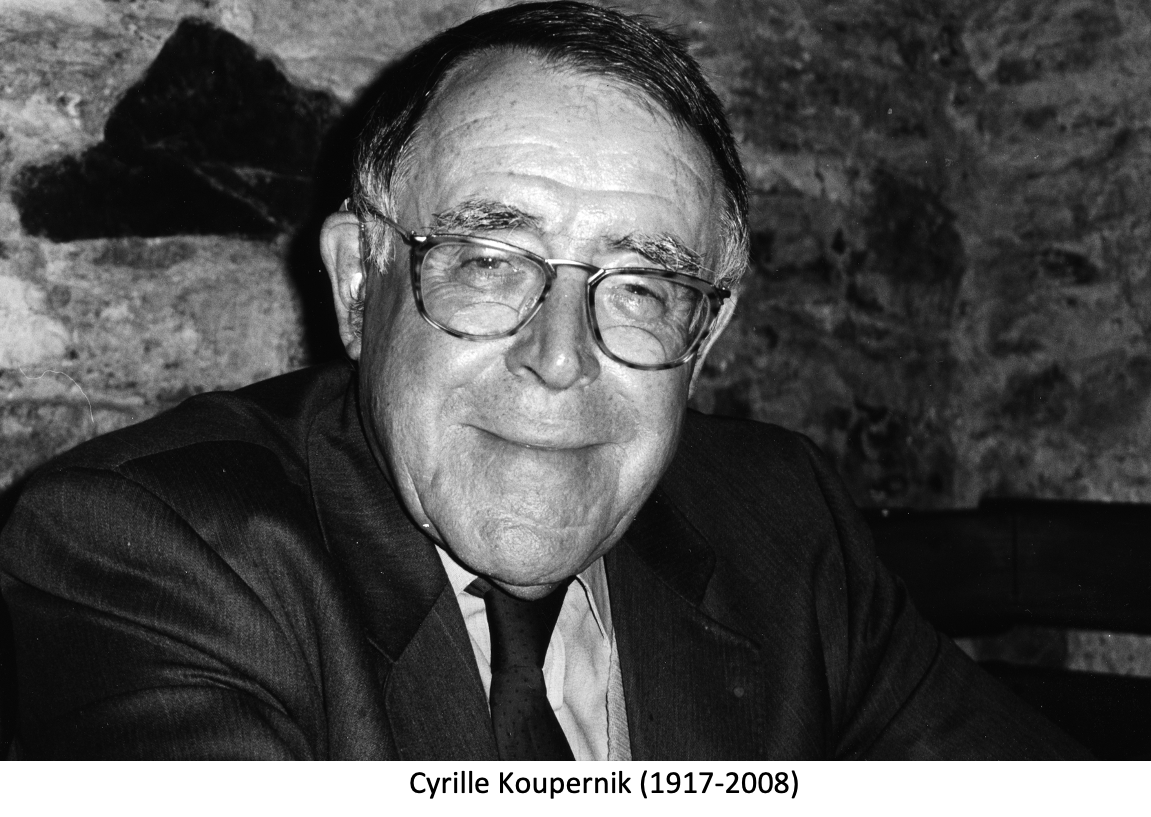 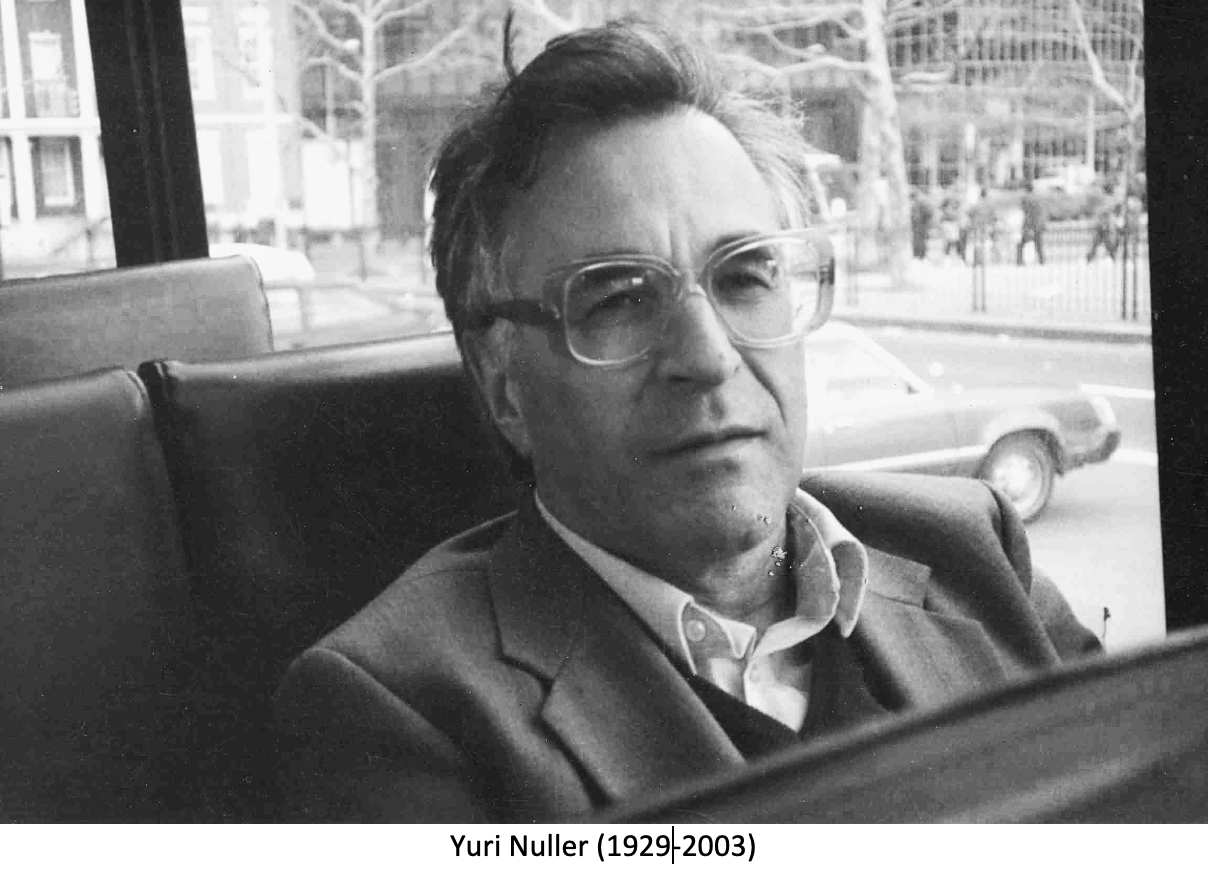 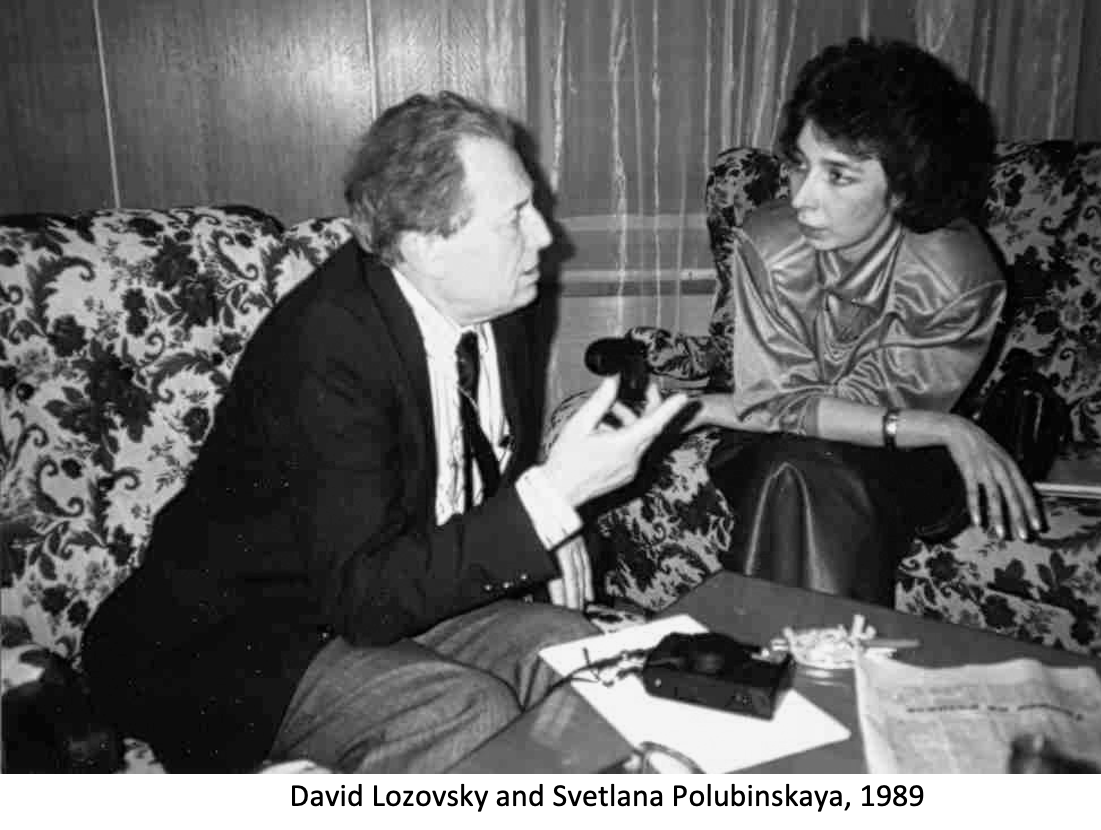 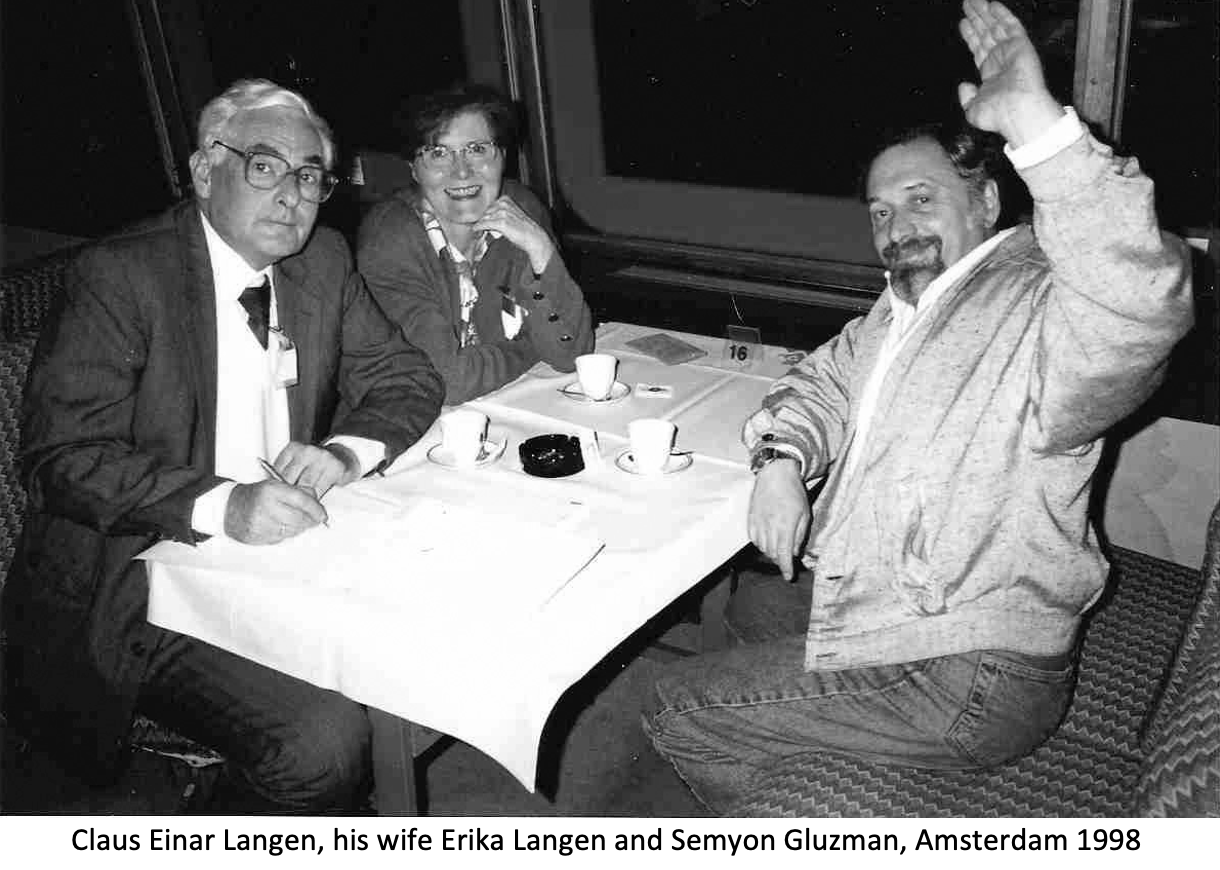 The mental health consequences of the COVID-19 pandemic vary from country to country, but it is safe to assume that they will be worse in countries where a stricter lock down was enforced, or where lock down measures were less consistent, affecting specific parts of the population e.g. the poor, or where consecutions are such that lockdown as such resulted in very unhealthy circumstances.

South Africa has been particularly hard hit, resulting in very unsafe situations in areas with a high-density population e.g. townships, increased racial tensions, violence and arbitrary measures by the police.

The Mind the Gap-SA Campaign has been rolled out in five languages in addition to English: Xhosa, Zulu, Shona, Southern Sotho and Afrikaans. All logo’s and banners are available in those languages, and can be found on the website: https://www.covidandmentalhealth.eu/mind-the-gap/south-africa/

FGIP has created a special crowdfunding page with two project in South Africa that we are raising funds for.

Care for a Cuppa 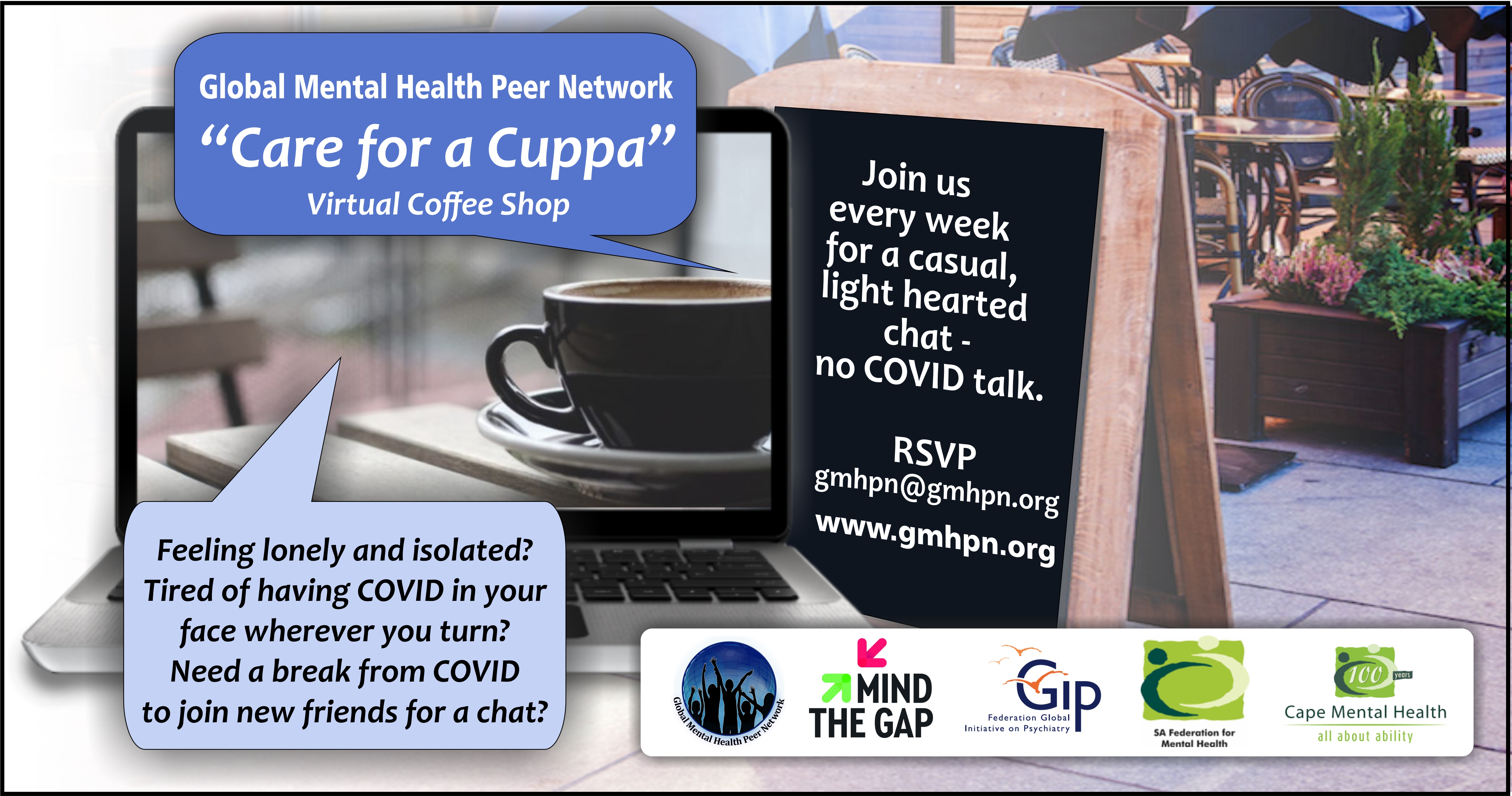 The Global Mental Health Peer Network (GMHPN), an international mental health lived experience organisation, based in South Africa and represented in 25 countries, plans to set up a “Virtual Coffee Shop” where individuals with lived experience with mental health conditions or anyone experiencing mental health problems as a result of COVID are able to join others for a casual and informal chat. The idea is that people have the opportunity to meet new people for a conversation unrelated to COVID – this gives a way to be distracted from the constant reminders of COVID and bring people out of social isolation while building new friendships.

Mental health service users and their families who are in dire need of humanitarian aid. They are caught in a poverty-disability trap and face hunger as an extreme result of unemployment or underemployment made considerably worse by the impact of the COVID-19 pandemic and extended lockdown.

Food parcels are delivered to the homes of our beneficiaries, sparing them the indignity of having to queue for food in public places, lessening the risk of contracting COVID-19, and offering them hope and a sense of community. Each food hamper is filled with nutritious food and costs R400.00 to feed a family of 6 individuals living is historically disadvantaged communities.

The food parcels bring real and immediate relief to hungry families, improving the nutrition and physical well-being of vulnerable children, youth, adults and elderly persons who benefit from our food parcels, and boosting their resilience and immunity to disease. 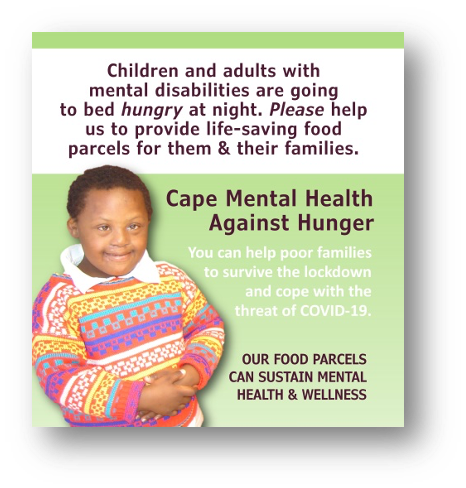 Both crowdfunding campaigns can be visited via this link:

You can make your donation online:

Psychiatry in Russia again a regular method of repression

The international foundation Human Rights in Psychiatry – FGIP (FGIP) has published a new report on the resumption of political abuse of psychiatry in the Russian Federation. The report includes more than two dozen new cases in which psychiatry was used as a means of silencing a human rights activist, political opponent or a religious believer, and also provides information on abuse of psychiatry within the penitentiary system and forced sterilization of psychiatric patients.

The report is the fourth published by FGIP over the past decade and the most disturbing one. Because of the fact that political abuse of psychiatry is gathering a systematic nature, FGIP has requested the World Psychiatric Association (WPA) to review the information and take appropriate action.

In Soviet times approximately one-third of all political prisoners wound up in psychiatric hospitals.

The report can be downloaded in English here

The report van be downloaded in Russian here

Global society is experiencing the biggest crisis Since the Second World War. The resulting stress and anxiety undermines the psychological well-being of individuals, families, and communities. People with psychosocial disability, and the staff who provide care, are particularly vulnerable. FGIP is actively engaged in providing that support. For more information click here